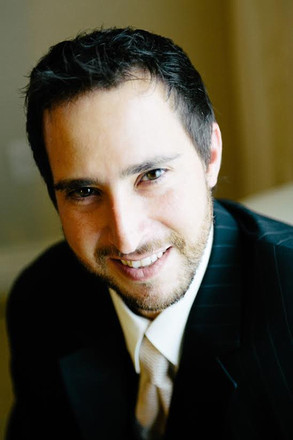 Brad knew he was destined to be a photographer. His interest and passion for photographs began when he was a small child and escalated into a promising and successful career. He acquired his first professional camera in high school, which put him on the road of turning his dream into a reality.

A graduate of Temple University (class of 2000), Brad won several awards while in attendance, and was a featured photographer for the "Temple News". After graduation, he went on pursuing his passion for photography by assisting some of the top professional photographers in the Philadelphia Region. Shortly thereafter, Brad Gellman Photography was established.

In his critically acclaimed "prison shoot" series, Brad shows his unique gift of being able to tell a story completely using his photography. This talent did not go unnoticed, and helped earn him the position as main photographer for many local talent and modeling agencies. Some clients now include Haley Productions, Charming Shoppes, Inc., Re/Max International Inc., Bala Cynwd Club, Stage and Screen Express, City of Philadelphia, Solutions by Design, Inc.,


Brad also has a growing clientele of individual models who are looking to create or expand their portfolios. He possesses a keen eye for beauty and style, allowing him continued notoriety in the fashion industry. Making people feel comfortable in front of the camera is a gift Brad brings to each shoot, and this is consistently portrayed in the finished product.


Photography is not Brad's only gift. He has worked as a cinematographer on 5 films. His creativity and talent, again, was rewarded by having two of the films receive critical acclaim at numerous award festivals.


Currently residing in Philadelphia, Brad has studios in South Philadelphia and Northern Liberties. Always looking to expand his horizons, Brad's credits include shoots in NYC, Baltimore and as far reaching as California.


Making people feel comfortable in front of the camera is a gift Brad brings to each project, allowing him to create original and inventive images, each of which is a frozen moment telling its unique story. Please feel free to contact Brad with any comments, questions, or suggestions.
BGMemoires.com
Powered by ZENFOLIO User Agreement
Cancel
Continue